Luna is a Haskell-inspired functional programming language, with both a node-and-wire and a textual representations. Despite its visual environment, Luna is targeting a technical user base, and expects its users to be fluent in its textual language as well. Luna was designed with data processing in mind, for industries such as "data science, machine learning, IoT,Bioinformatics, computer graphics or architecture." The Luna Electron app was released and open-source in Jan 2018.

The above video creates a Luna program that returns the host computer's IP address. It demonstrates:

You can select a number of nodes and hit the f-key to abstract them into a function. Luna intelligently figures out what inputs and outputs there are to your function, and hooks them up correctly. Below is Luna program where we want to abstract the middle five nodes: 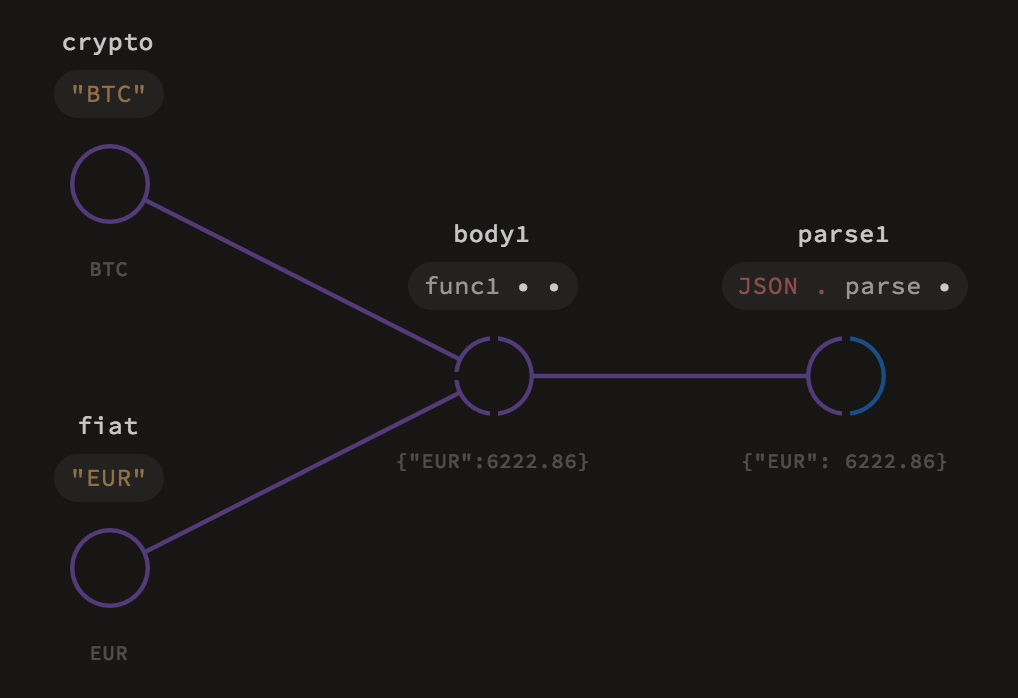 Live-updated intermediate values is a very compelling feature. The following video shows a stream of numbers which create an animation of a growing circle. Both the stream of numbers and the circle update live. In the video, I mouse over both nodes to show their type signatures.

Nodes in Luna can be arbitrary Luna expressions, which can be great for compactness. The following video demonstrates how their autocomplete functionality pairs well with their dot-syntax (which normally isn't found in functional languages). However, you may notice how selecting each autocomplete suggestion bounces me out of the textbox, and I have to scroll and double-click to resume typing.